As the investigation into the Trump campaign’s possible ties to Russia gains traction, special counsel Robert Mueller has begun quietly assembling a formidable team of top lawyers and investigators.

Mueller has so far hired 16 people and intends to bring on more, his spokesman Peter Carr told The New York Times.

Only a handful have been named publicly so far, but legal experts and fellow lawyers who have spoken to media in recent days lauded the new hires as a powerhouse team of experienced professionals with sterling credentials who rank among the best in their field. 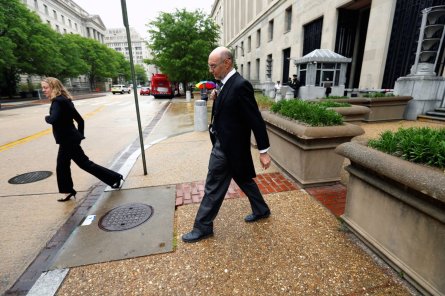 Dreeben, the deputy solicitor general overseeing the Department of Justice’s criminal docket, is widely regarded as one of the top criminal law experts in the federal government. He will work for Mueller on the investigation part-time as he juggles the DOJ’s criminal appellate cases. Dreeben is best known for having argued more than 100 cases before the Supreme Court — a feat that fewer than 10 other attorneys have accomplished in the court’s history. Peers say his hiring reveals how seriously Mueller is taking the investigation, and how wide-ranging it ultimately could be. “That Mueller has sought his assistance attests both to the seriousness of his effort and the depth of the intellectual bench he is building,” Paul Rosenzweig, a former Homeland Security official and Whitewater investigator, wrote on the Lawfare blog. Preet Bharara, the US Attorney for the Southern District of New York who was recently fired by Trump, called Dreeben one of the DOJ’s top legal and appellate minds in modern times

Weissmann joined Mueller’s team after taking a leave of absence from his current job leading the DOJ’s criminal fraud unit. He formerly served as general counsel to the FBI under Mueller’s leadership. Weissman also headed up the Enron Task Force between 2002 and 2005, for which he oversaw the prosecutions of 34 people connected to the collapsed energy company, including chairman Kenneth Lay and CEO Jeffrey Skilling. He spent 15 years as a federal prosecutor in the eastern district of New York, where he specialized in prosecuting mafia members and bosses from the Colombo, Gambino, and Genovese families. “As a fraud and foreign bribery expert, he knows how to follow the money. Who knows what they will find, but if there is something to be found, he will find it,” Emily Pierce, a former DOJ spokeswoman under the Obama administration, told Politico. Weissman is one of several attorneys in Mueller’s team that has donated to Democrats, although he does not appear to have donated in the 2016 election. He gave $2,300 to President Barack Obama’s 2008 campaign, and $2,000 to the Democratic National Committee in 2006, according to CNN’s review of FEC records.

Rhee is one of several attorneys to resign from the WilmerHale law firm to join Mueller’s investigation. She also has two years of DOJ experience, serving as deputy assistant attorney general under former Attorney General Eric Holder. She advised Holder and Obama administration officials on criminal law issues, as well as criminal procedure and executive issues, according to her biography on WilmerHale’s website. As many critics of Mueller’s investigation have pointed out, Rhee represented Hillary Clinton in a 2015 lawsuit that sought access to her private emails. She also represented the Clinton Foundation in a 2015 racketeering lawsuit. Rhee is also one of the members of Mueller’s team under scrutiny for her political donations, and has doled out more than $16,000 to Democrats since 2008, CNN reported. She maxed out her donations both in 2015 and 2016 to Clinton’s presidential campaign, giving a total of $5,400. 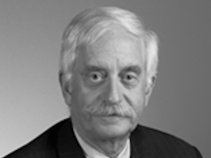 Quarles is another of Mueller’s former WilmerHale colleagues, who left the firm to join the special counsel investigation. Quarles is a well-respected, longtime litigator who served as an assistant special prosecutor in the Watergate investigation early in his career — experience that gives him a significant edge in the Trump-Russia probe, according to colleagues. “There is nothing comparable to the kind of pressure and obligation that this kind of job puts on your shoulders,” Richard Ben-Veniste, one of Watergate’s special prosecutors, told CNN. “Having been there before gives [Quarles] the confidence to know how to do it and how to do it right.” Quarles is also being scrutinized for donating almost $33,000 to politicians in past years. Although most of the donations went to Democrats — including Obama and Hillary Clinton’s presidential campaigns — FEC records show he has also donated small amounts to Republicans such as Utah Rep. Jason Chaffetz. 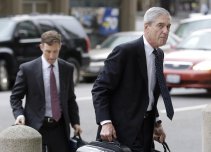 Zebley is a longtime FBI staffer who spent years in the counterterrorism division as a special agent before becoming the agency’s chief of staff under Mueller’s leadership. Between FBI stints, Zebley served as assistant US attorney in the national security and terrorism unit. He then moved to the DOJ’s national security division before eventually joining the WilmerHale firm in 2014. He, like Quarles and Rhee, left his job at the firm to work on Mueller’s investigation. Zebley’s early work at the FBI consisted of grueling, complicated investigations into terrorist groups like Al Qaeda — even before 9/11 propelled the organization into infamy. Yet in recent years at WilmerHale, his focus has turned to cybersecurity. A recent profile in Wired called Zebley a “dogged FBI agent turned prosecutor turned confidant,” noting that his tenacity, history of working alongside Mueller, and globetrotting, investigatory experience will be crucial assets moving into the Trump-Russia probe.

Greg Andres joined the all-star team on August 1, according to Reuters. Andres spent two years at the US Department of Justice from 2010-2012, and is now the 16th lawyer on Mueller’s roster. During his time at the Justice Department, Andres oversaw the fraud unit as deputy assistant attorney general and managed a program targeting illegal foreign bribery. He oversaw the prosecution of Robert Allen Stanford for operating an $8 billion Ponzi scheme. Most recently, Andres practices white-collar criminal defense with David Polk & Wardwell, a New York based law firm, Reuters reported. Before his stint in the DOJ, Andres spent a decade as a federal prosecutor in Brooklyn, and served as the chief of the US attorney office’s criminal division, Reuters reported. Andres helped bust members of the Bonnano organized crime family. One of the family members was accused of plotting to have him killed.