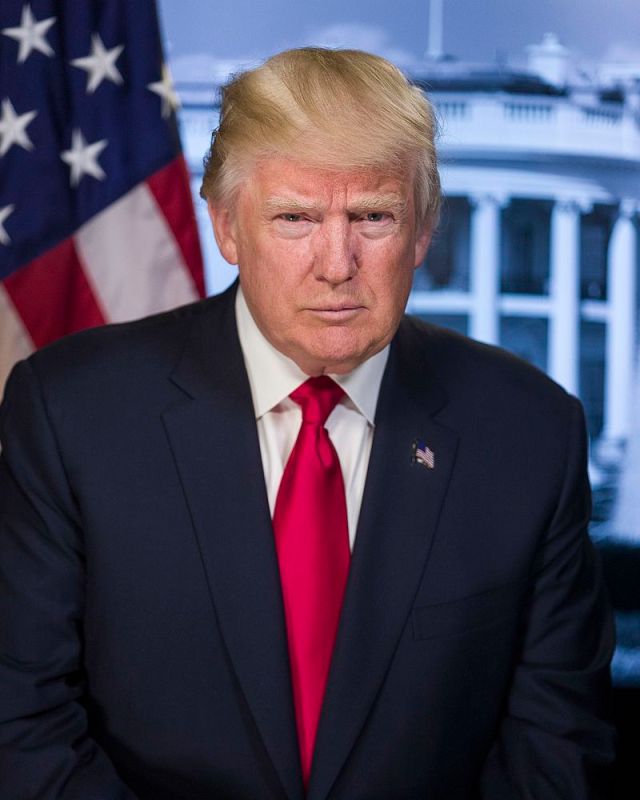 What It Will Do: Trump’s first executive order was a bold move to gut Obamacare in broad yet vague ways. The brief order empowers all relevant federal agencies to “waive, defer, grant exemptions from, or delay” the enforcement of key rules under their jurisdiction relating to the Affordable Care Act that those agencies believe impose financial or regulatory burdens on them or individuals. It also directs agencies to encourage a “free and open market in interstate commerce” when it comes to insurance and care, and provide as much flexibility to individual states as possible.

Who It Will Affect: The order is vaguely worded, and a lot of Obamacare’s requirements are written into law, which a president can’t simply change at will. But some observers speculated that it could lead to less enforcement of the mandate for everyone to buy insurance—if fewer healthy people buy insurance, the markets for insurance could become less stable.

For More: Read about what the end of Obamacare could mean for you.

Senate Bill 81 : A bill to provide for an exception to a limitation against appointment of persons as Secretary of Defense within seven years of relief from active duty as a regular commissioned officer of the Armed Forces

What It Will Do: The first law Trump signed as president just does what it says on the tin. Trump had nominated retired General James “Mad Dog” Mattis as his secretary of defense, but Mattis had he only left the Marine Corps in 2013—by law, members of the military have to be seven years removed from service before they can become secretary of defense. So Congress waived the requirement, just this once, and voila.

Who It Will Affect: This means Mattis will join Trump’s cabinet—he was confirmed, nearly unanimously, by the Senate the same day the president signed this bill. Mattis disagrees with Trump on a lot of issues, and some are hoping he’ll be a check on Trump’s impulses. 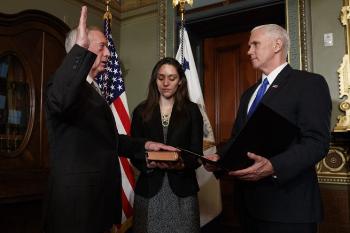 What It Will Do: Although Congress has to pass a bill to create a new federal holiday, the president can unilaterally proclaim a day to be special for whatever reason—last year, Barack Obama declared several days of prayer and remembrance in honor of the 15th anniversary of 9/11. It’s not clear when this day will be.

Who It Will Affect: You won’t get the day off of work, but you can be patriotic on this day, whenever it is, if you like.

Day 1. Less than an hour after taking the oath of office, Donald Trump began quickly signing his first executive orders.

The new president signed a series of executive actions, most of which had to do with his Cabinet appointees and procedural matters, according to his press secretary, Sean Spicer. One was a law to allow James Mattis to take the office of Secretary of Defense, waiving the requirement that the nominee be a civilian for the past seven years (Mattis retired from the Marine Corps in 2013).

Others were formal nominations for Trump’s Cabinet picks, including Scott Pruitt for the head of the Environmental Protection Agency, Mattis for Defense, and John Kelly for the Department of Homeland Security. Trump also signed a proclamation creating the National Day of Patriotism.

The day before the inauguration, Trump hinted that he would waste no time in carrying out his first actions as president. “We will be signing some papers that will be very meaningful tomorrow right after the speech to get the show going,” he told supporters at his hotel in D.C. Wednesday night, according to CNN.

The executive orders Trump signed Friday are mostly procedural and largely for show. But Spicer told CNN that the public can expect Trump to take up more serious issues in the next couple of days.

Repealing Obamacare and signing a lobbying ban are high on the list of priorities for the first couple of days of the Trump administration, Spicer said.

Trump repeatedly promised on the campaign trail that he would undertake a series of ambitious actions on his first day in office. He vowed to accomplish everything from building a wall with Mexico to undoing all of president Obama’s executive orders in his first hours as president.

As Inauguration Day approached, Trump’s transition team kept the details of what Trump would actually do tightly under wraps. The Senate reconvenes at 4 p.m. Friday, when they are expected to confirm at least some of Trump’s Cabinet nominees.