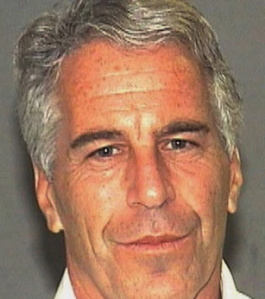 Billionaire pedophile Jeffrey Epstein was arrested for allegedly sex trafficking dozens of minors in New York and Florida between 2002 and 2005, and will appear in court in New York on Monday, according to three law enforcement sources. The arrest comes about 12 years after the 66-year-old financier essentially got a slap on the wrist for allegedly molesting dozens of underage girls in Florida.

For more than a decade, Epstein’s alleged abuse of minors has been the subject of lawsuits brought by victims, investigations by local and federal authorities, and exposés in the press. But despite the attention cast on his alleged sex crimes, the hedge-funder has managed to avoid any meaningful jail time, let alone federal charges.

The new charges allege that Epstein sexually exploited dozens of underage girls in a now-familiar scheme: paying them cash for “massages” and then molesting or sexually abusing them in his Upper East Side mansion or his palatial residence in Palm Beach. Several employees and associates allegedly recruited the girls for Epstein’s abuse, and some victims eventually became recruiters themselves, according to law enforcement. The girls were as young as 14, and Epstein knew they were underage, according to police.

Epstein’s attorney, Martin Weinberg, declined to comment when reached by The Daily Beast on Saturday night.

In an era where #MeToo has toppled powerful men, Epstein’s name was largely absent from the national conversation, until the Miami Herald published a three-part series on how his wealth, power and influence shielded him from federal prosecution. For years, The Daily Beast reported on Epstein’s easy jail sentence and soft treatment by the U.S. Attorney’s Office, which ultimately scrapped a 53-page indictment against Epstein. An earlier version of Epstein’s plea deal included a 10-year federal sentence—before his star-studded lawyers threatened to go to trial in a case prosecutors feared was unwinnable, in part because Epstein’s team dredged up dirt on the victims, including social media posts indicating drug use.

Meanwhile, the financier has flitted among his homes in Palm Beach, New York City, and the Virgin Islands, as well as his secluded Zorro Ranch in Stanley, New Mexico, transporting young women on his private jet to facilitate the sexual abuse that’s gone unchecked by authorities, his alleged victims say.

Yet, as early as 2003, Vicky Ward’s Vanity Fair profile cracked into Epstein’s enigmatic facade and, as Ward noted, revealed “he was definitely not what he claimed to be.” Back then, allegations of sexual abuse leveled by one accuser, Maria Farmer, and her family were excised from Ward’s piece after Epstein pressured the magazine.

Epstein’s bust comes mere months after a federal judge ruled his 2007 non-prosecution agreement—secretly inked under former U.S. Attorney and current Labor Secretary Alexander Acosta—violated federal law by keeping Epstein’s victims in the dark. Under the sweetheart deal, Epstein dodged federal charges that might have sent him to prison for life. He instead pleaded guilty to minor state charges in Palm Beach, and served 13 months in a private wing of a county jail, mostly on work release.