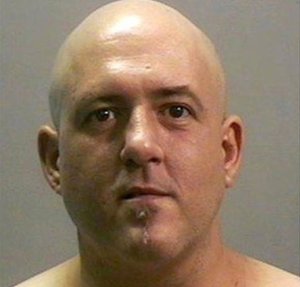 How in the hell did it take this long to convict and sentenced him for a hate crime? Go on to your own place, racist bigot.

Roland Bourgeois Jr. died just days after being sentenced to 10 years in prison for the racist attack in New Orleans.

A white Louisiana man who shot three black men in a racist attack in the wake of Hurricane Katrina has died just days after he was sentenced to 10 years in prison.

Roland Bourgeois Jr., 56, whose legal battle over the 2005 shootings had been dragged out over concerns about his health, likely died last week from natural causes, according to officials, though an investigation remains ongoing, the Plaquemines Parish Coroner’s Office told HuffPost.

“The cause and the manner are still pending,” the office’s chief investigator, Charles Guey, told HuffPost, adding that the autopsy’s full results are expected to take anywhere from four to six weeks.

Bourgeois was taken to a hospital after staff found him unresponsive at the Plaquemines Parish jail, the New Orleans Advocate reported. His death on Feb. 19 came just five days after he was sentenced for federal charges of committing a hate crime and illegal use of a weapon as part of a plea deal.

Bourgeois was charged in 2010 for shooting the men after they entered the Algiers Point neighborhood in New Orleans on Sept. 1, 2005. It was three days after the city’s levees broke, flooding most of the city.

The victims, one of which was gravely wounded in the shooting, were attempting to reach a ferry landing that state and federal agencies had turned into an evacuation site when they were shot by Bourgeois. Charges filed against him noted that Bourgeois had hurled racial epithets before the attack and told one neighbor: “Anything coming up this street darker than a brown paper bag is getting shot.”

His trial’s conclusion was said to resolve the last of the Katrina-era civil rights abuse cases.