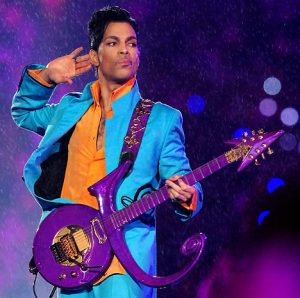 Prince  (born Prince Rogers Nelson, June 7, 1958) is a singer, songwriter, musician, and actor. He has been known under the unpronounceable symbol

, which he used between 1993 and 2000. During that period he was frequently referred to in the media as “The Artist Formerly Known as Prince“, often abbreviated to “TAFKAP“, or simply “The Artist“[1]

According to Robert Larsen in his book, History of Rock and Roll, Prince is “one of the most talented and commercially successful pop musicians of the last 20 years”, producing ten platinum albums and thirty Top 40 singles during his career.[2] Prince founded his own recording studio and label, writing, self-producing and playing most, or all, of the instruments on his recordings.[2] In addition, Prince has been a “talent promoter” for the careers of Sheila E., Carmen Electra, The Time and Vanity 6,[2] and has written songs for these artists and others (including Chaka Khan, The Bangles, and Sinéad O’Connor).