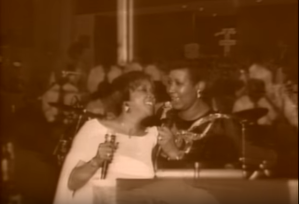 “Oh Happy Day” is a 1967 gospel music arrangement of an 18th century hymn. Recorded by the Edwin Hawkins Singers, it became an international hit in 1969, reaching US #4 and UK #2 on the pop charts. It has since become a gospel music standard.

Edwin Hawkins’ funk style arrangement of the hymn “Oh Happy Day” has a long pedigree: It began as a hymn written in the mid-18th century (“Oh happy day that fixed my choice”) by English clergyman Phillip Doddridge (based on Acts 8:35) set to an earlier melody (1704) by J. A. Freylinghausen. By the mid-19th century it had been given a new melody by Edward F. Rimbault and was commonly used for baptismal or confirmation ceremonies in the UK and USA. The 20th century saw its adaptation from 3/4 to 4/4 time and this new arrangement by Hawkins, which contains the repeated refrain only (all of the original verses being omitted).