60 Minutes: Oprah goes inside Memorial to Victims of Lynching

There is a reckoning taking place in America over how we remember our history. Much of the focus has been on whether or not to take down monuments that celebrate the Confederacy. But this story is about a new monument going up in Montgomery, Alabama. It documents the lynchings of thousands of African-American men, women and children during a seventy year period following the Civil War.

The project is being led by criminal defense attorney Bryan Stevenson, who is determined to shed light on a dark period in our past that most people would rather forget. It’s a shocking and disturbing reality that lynchings were not isolated murders committed only by men in white hoods in the middle of the night. Often, they were public crimes, witnessed – even celebrated – by thousands of people. Stevenson believes if we want to heal racial divisions we must educate Americans – of every color and creed.

These cotton fields in southern Alabama are quiet now, but in 1937 a brutal murder took place here: the lynching of Wes Johnson.

Last January some of Johnson’s descendants came here in what has become a ritual taking place at lynching sites across the country, organized by civil rights attorney Bryan Stevenson.

This is 18-year-old Wes Johnson. It is the only known image of him that remains. He was a tenant farmer accused of assaulting a white woman. Before he could stand trial, a mob of one hundred men dragged him from jail, shot him and left him hanging from a tree.

The soil collection is part of Bryan Stevenson’s project to document and remember African-Americans lynched during a period of what he calls “racial terror.”

So far, Stevenson’s team has chronicled more than 4,300 lynchings. They continue to find more. 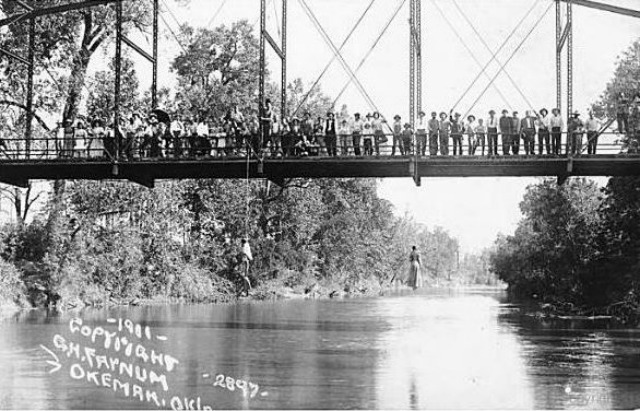 In nearly every case, no evidence, just an accusation, was enough.

Oprah Winfrey: There are so many crimes committed against African Americans. Why focus on lynching?

Bryan Stevenson: At the end of the Civil War black people are supposed to get the right to vote. And the only way people who were white could maintain their political control was to intimidate black people. And lynching was especially effective because it would allow the whole community to know that we did this to this person. It was intended to send a message that if you try to vote, if you try to advocate for your rights, if you insist on fair wages, if you do anything that complicates white supremacy and white dominance and political power, we will kill you.

49 Responses to 60 Minutes: Oprah goes inside Memorial to Victims of Lynching