Good Morning. I hope that you are enjoying this weekend with family and friends.

You might be taking a vacation soon…..just planting a seed…

Between Airbnb, hostels, hotels and traditional bed and breakfast properties, travelers have countless options for accommodations when traveling around the world. There is a hotel for every type of experience a traveler could want, and with enough research, you can even support black hospitality entrepreneurs in the process.

From Virginia to Marrakesh, if you want to support a black-owned hotel while you explore new destinations, these gorgeous properties are well worth the visit.

The pictures look fabulous. And, they are in such diverse places.

I love finding out about people who have done wonderful things. 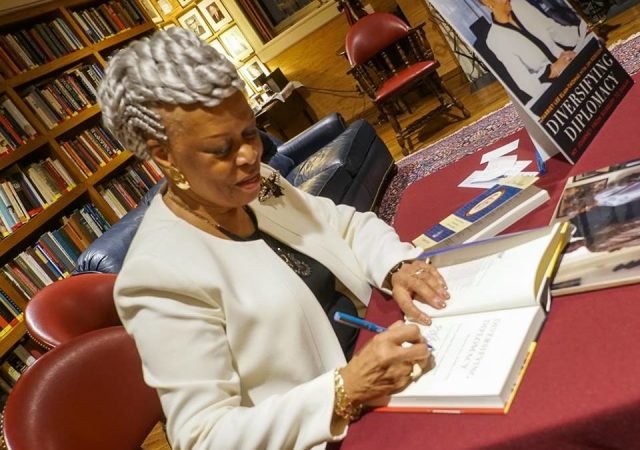 Before she spent 42 years in the Foreign Service, before going to Africa or the Middle East, before learning Greek or Turkish, Ambassador Harriet Elam-Thomas was just Harriet Elam, a student at Simmons College, enjoying being an exchange student walking down the streets of Lyon, France, with a friend.

A man on the street called out, “La jeune noir, comme elle est belle!” Translation: “The young black one, how pretty she is!”

No one had ever said that to her before. Elam had grown up in the Roxbury section of Boston.

“I overcame my sense of not having value when that comment was made,” Ambassador Elam-Thomas told me.

That singular moment may have been the beginnings of Elam-Thomas’s career in the diplomatic service. In 2005, she retired after serving her country in Senegal, Mali, Cote d’Ivoire, Greece, Turkey, Cyprus, France, Belgium, and back to Senegal as an ambassador 28 years after first arriving there.

And, some positive Black Youth:

Teenage cellist Sheku Kanneh-Mason has been selected to play at the wedding of Prince Harry and Meghan Markle.

The 19-year-old from Nottingham made history in 2016 when he became the first black winner of the BBC Young Musician competition.

In response, Sheku said he was “excited and honoured” and was “bowled over” when Ms Markle rang him up to ask.

After winning Young Musician, Sheku recorded an album of classical pieces and arrangements of modern songs.