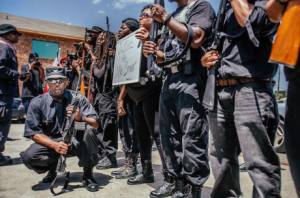 HEMPSTEAD Texas (AP) — Dozens of heavily armed demonstrators rallied in Southeast Texas to protest the arrest and jail-cell death of a black woman arrested after a confrontation with a white state trooper during a traffic stop.

About 25 demonstrators led by the New Black Panther Party marched Wednesday afternoon outside the Waller County jail in Hempstead. A riot response team of mounted Harris County sheriff’s deputies from Houston looked on.

Sandra Bland, a 28-year-old Chicago-area woman, was found dead in her jail cell July 13, three days after her arrest, in what authorities say was suicide. 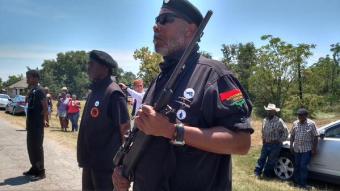 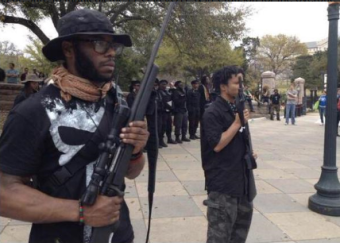 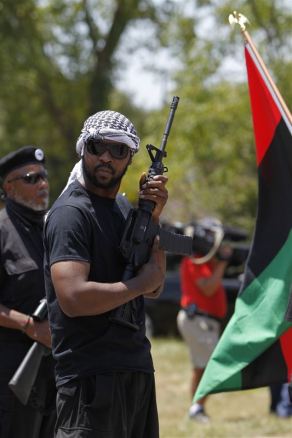 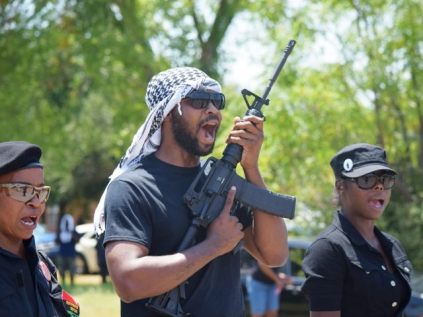 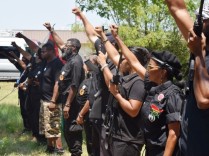 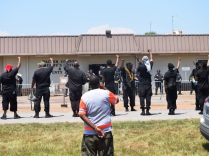 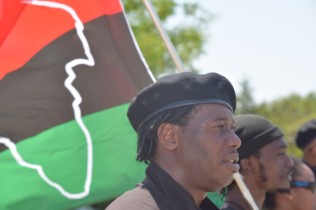 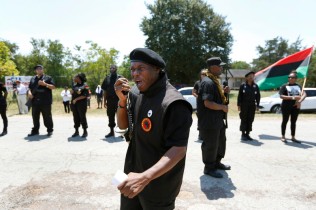 A member of the New Black Panther Huey P. Newton Gun Club leads a protest for Sandra Bland and other black victims who have died at the hands of police outside the Waller County Sheriff’s Office, Wednesday, Aug. 12, 2015, in Hempstead, Texas. (Steve Gonzales /Houston Chronicle via AP) MANDATORY CREDIT

Bland’s family has filed a wrongful-death lawsuit against officials, including the trooper who stopped Bland for not signaling a lane change.

There were no arrests in the two-hour demonstration in Hempstead, about 50 miles northwest of Houston.