Voting Rights | Martyrs For The Right To Vote 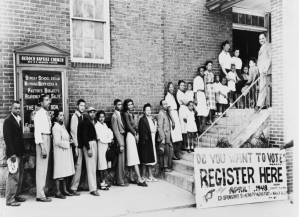 From about 1900 to 1965, most African Americans were not allowed to vote in the South. This was especially true in the Deep South: Louisiana, Mississippi, Alabama, Georgia, and South Carolina.

Ways People Were Kept From Voting

1) Violence: Blacks who tried to vote were threatened, beaten, and killed. Their families were also harmed. Sometimes their homes were burned down. Often, they lost their jobs or were thrown off their farms.

May 7, 1955 · Belzoni, Mississippi Rev. George Lee, one of the first black people registered to vote in Humphreys County, used his pulpit & his printing press to urge others to vote. White officials offered Lee protection on the condition he end his voter registration efforts, but Lee refused & was murdered.

August 13, 1955 · Brookhaven, Mississippi Lamar Smith was shot dead on the courthouse lawn by a white man in broad daylight while dozens of people watched. The killer was never indicted because no one would admit they saw a white man shoot a black man. Smith had organized blacks to vote in a recent election. 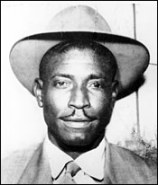 January 31, 1964 · Liberty, Mississippi Louis Allen, who witnessed the murder of civil rights worker Herbert Lee, endured years of threats, jailings and harassment. He was making final arrangements to move north on the day he was killed. 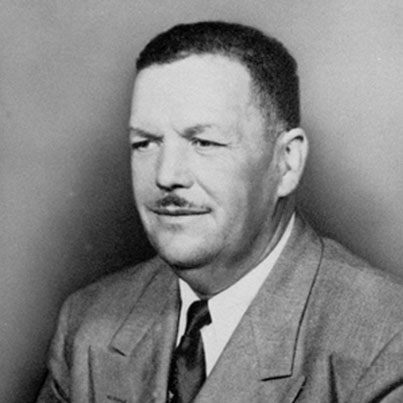 January 10, 1966 · Hattiesburg, Mississippi Vernon Ferdinand Dahmer, a wealthy businessman, offered to pay poll taxes for those who couldn’t afford the fee required to vote. The night after a radio station broadcasted Dahmer’s offer, his home was firebombed. Dahmer died later from severe burns. 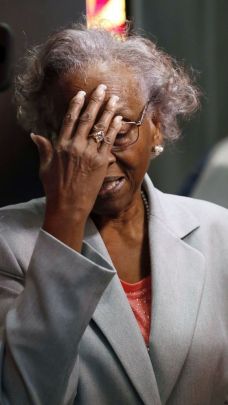 Ellie Dahmer, wife of Vernon Dahmer of Hattiesburg, who was killed in 1966 by the Ku Klux Klan for offering to pay poll taxes for those who couldn’t afford the fee required to vote. Dahmer was targeted because he encouraged fellow African-Americans to register to vote 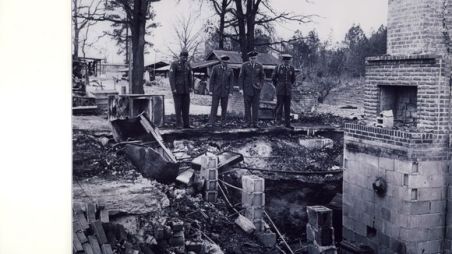 Four sons of Vernon Dahmer, who was murdered for offering to pay poll taxes for those who couldn’t afford the fee required to vote,dressed in their military uniforms & overlooking the rubble of the family home. (Six of his seven sons served in the armed forces a total of 78 years 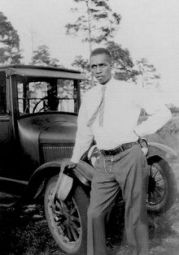 Harry T. Moore: An African-American teacher, founder of the first branch of the NAACP in Brevard County, Florida. He led the Progressive Voters League. Harry T. Moore and his wife, Harriette’s home was bombed on Christmas Day. Both died from their wounds.

3) Property tests: In the South one hundred years ago, many states allowed only property owners to vote. Many blacks and whites had no property and could not vote. 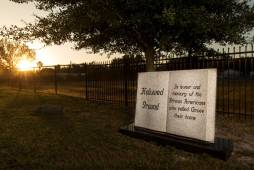 The Ocoee massacre was a white mob attack on African-American residents in northern Ocoee, Florida, which occurred on November 2, 1920, the day of the U.S. presidential election. The race riot started as a result of white attempts to suppress black voting.

James Earl Chaney, Andrew Goodman and Michael Henry Schwerner, young civil rights workers, were arrested by a deputy sheriff and then released into the hands of Klansmen who had plotted their murders. They were shot, and their bodies were buried in an earthen dam. 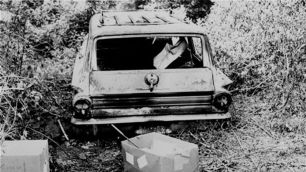 June 24, 1964, photo shows the burned station wagon of Michael Schwerner, Andrew Goodman and James Chaney in a swampy area near Philadelphia, Miss. The bodies of the men were found later in an earthen dam. Their deaths inspired the 1988 movie “Mississippi Burning” 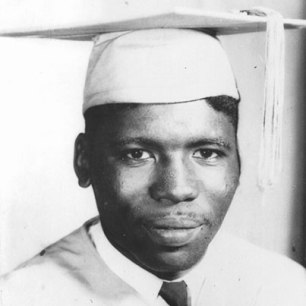 Jimmie Lee Jackson was beaten and shot by state troopers as he tried to protect his grandfather and mother from a trooper attack on civil rights marchers. His death led to the Selma-Montgomery march and the eventual passage of the Voting Rights Act. 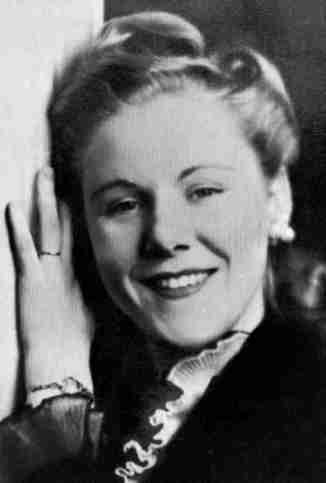 March 25, 1965 · Selma Highway, Alabama Viola Gregg Liuzzo, a housewife and mother from Detroit, drove alone to Alabama to help with the Selma march after seeing televised reports of the attack at the Edmund Pettus Bridge. She was ferrying marchers between Selma and Montgomery when she was shot and killed by a Klansmen in a passing car.

6) Purges: From time to time, white officials purged the voting rolls. That means they took people’s names off the official lists of voters.

7) Former prisoners: People who had gone to prison were often not allowed to vote. Blacks were very often arrested on trumped-up charges or for minor offenses.

8) Poll taxes: In Southern states, people had to pay a tax to vote. The taxes were about $25 to $50 dollars in today’s money. Many people had extremely low incomes and could not afford this tax.  This poll tax applied to all people who wanted to vote – black and white.  There were ways for whites to get around other laws, but not around the poll tax.  Many poor whites could not vote because of the poll tax.

67 Responses to Voting Rights | Martyrs For The Right To Vote