Kirstjen Nielsen need to be taken to The Hague 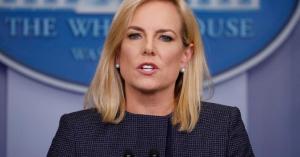 DHS Secretary Kirstjen Nielsen has resigned but she should be taken to The Hague and prosecuted for crimes against humanity. Little kids locked in cages like dogs, separated from their parents, molested, living in horrible conditions, some died, little babies bruised from sleeping on gravel. This Administration has taken folks children, some never to be seen again. If Kirstjen Nielsen is not held accountable then there is no such thing as justice and we’re not a Nation of laws. Just say white people can commit the most hideous atrocities against the vulnerable and not a damn thing will be done about it.

The United States government executed a policy of kidnapping children. At this very moment, thousands of children sit in literal cages with no idea where their parents are or if they will ever see them again.

Despite the dehumanizing rhetoric about immigrant criminals with which Donald Trump has tried to justify this unjustifiable policy, the change that created it entirely dealt with non-criminals: Attorney General Jeff Sessions’s “zero tolerance” policy, combined with a narrowing definition of asylum, meant that even families fleeing gang and domestic violence would be criminally prosecuted, and all, in a major change from the prior policy, would be incarcerated. A stunning 91 percent of parents separated from their children are only charged with misdemeanors—and some have not even been charged. To further discourage some of the world’s most vulnerable people from seeking freedom and prosperity in America, the Trump administration turned to taking children out of their parents’ arms—sometimes literally—and holding them separately from their parents. 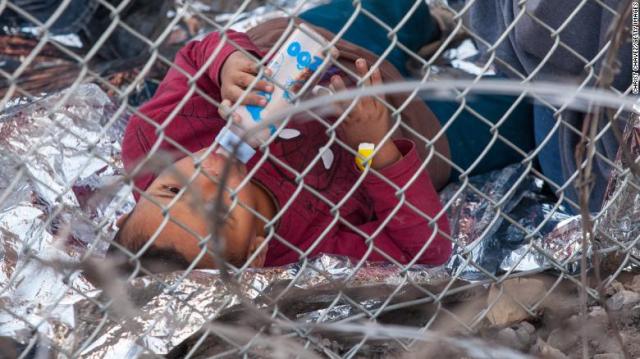 The horrifying outcome—children in cages screaming for their parents and infants and toddlers in “tender age shelters”—represents an intentional violation of human rights. As a deterrent for the supposed crime of seeking a safer and better life, the policy violates the Eighth Amendment’s “cruel and unusual punishment” clause (even for non-citizens, as judges have ruled). One noteworthy pediatrician called the family separation policy “government-sanctioned torture of children.” Trump’s immigration policy runs afoul not only of basic decency and our own Constitution but also of international law: Meg Satterthwaite and Rebecca Riddell of Just Security write that the U.S., in its rush to inflict maximum pain on asylum seekers and their children, is violating conventions on refugees, torture, and the rights of the child.