The back story, is slavery. 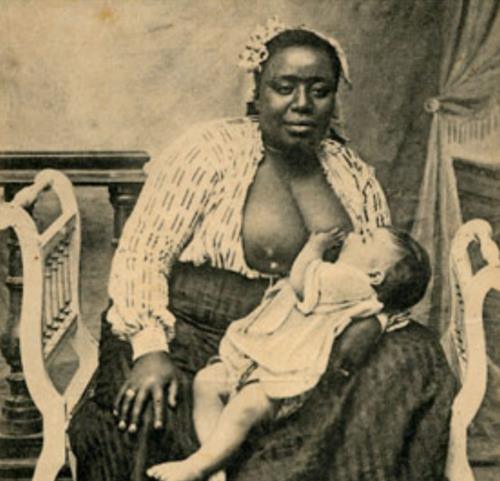 Understand that the system of slavery functioned by removing all agency from black bodies. The removal of identity, autonomy, culture and humanity was a necessary facet of slavery. To white slave masters, the only way for them to be able to justify the enslavement of people, was to remove all things that made them people. They policed black bodies; they told them when to get up, when to eat, when to have sex, when to use the bathroom. There was nothing joyful about being a slave.

“But the slaves sang! And in some pictures, they may even be smiling!”

Understand that this was a means of survival. See, try as they might, the spirit of slaves could not be completely broken. The want of freedom and the fight to live could not be erased. They sang to maintain their sanity. They danced to preserve their culture. They laughed because crying was exhausting; there was work to be done.

Do you understand that there were people who’s job was specifically to “break in” slaves? To beat them into submission? To threaten with, and often actually mutilate their bodies buy cutting off limbs and genitals, whipping slaves until their skin peeled off like paper?

So you need not know the “back story” to the image. Because there was no humanity in slavery. The woman in the image did not walk up to her master and say “I have nothing to do today, can I please feed your baby?” Her body was not hers. There was no choice. Even if her master had the “decency” to ask her to feed the child, instead of just forcing her to do it, an answer of “yes” was not out of joy, but rather that she didn’t really have a choice to begin with.